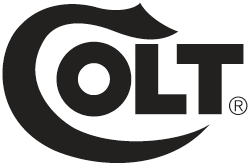 Has hell frozen over?

A firearms company that makes AR-15 style rifles for the iconic brand Colt, will open a plant in Breckenridge in Stephens County. Oregon company Bold Ideas confirmed the development Friday.

The company has not officially announced the opening, but employment applications are already available at the Breckenridge Chamber of Commerce. A non-specific, help wanted ad appeared in the local newspaper classifieds earlier in the week.

Sources say Colt Competition will move into a large vacant industrial space on the north side of town, previously used by Karsten Homes to manufacture mobile homes.

The move by Colt Competition into Breckenridge comes as the CEO of Colt Manufacturing in Connecticut has said there will soon be few good answers to keep his company in the state. Connecticut passed some of the nation’s most restrictive gun laws this week.

It also comes weeks after Governor Rick Perry reportedly sent letters to gun companies, encouraging them to move to Texas. Perry sent a message on Twitter to Colorado company Magpul as recently as March 21, saying “Come on Down to Texas.” The Governor’s office did not confirm Friday if it had sent a recruitment letter to Colt Competition.

Like on so many occasions in the company’s history, Colt’s CEO has his head up his ass.
1.) Colt’s “ties” to Connecticut are just lengthy because of tenure. They’re not “deep” because the state would ban Colt’s product and put them out of business tomorrow, if it could.
2.) Colt’s real legacy is in the West — can any other manufacturer EVER compete with the picture of a cowboy holding a Colt Dragoon, Navy or Peacemaker? If Colt were serious about their “heritage”, they’d long ago have moved out of the gun-hating East and moved West, to a state which would not only welcome them, but protect them.
3.) Colt probably thinks that the military will save them. I imagine that the manufacturers of Garands, M14s and M1 Carbines probably thought the same.
4.) Colt regards the civilian market with the same regard as a man does his laundry: tiresome, but something that must be looked after. (Run your eye down a list of wonderful, beautiful Colt models which have long since disappeared from their catalogue because of “lack of demand” and then look at the prices which second-hand Diamondbacks now command.)
5.) One of the reasons Colt’s civilian guns suffer is because they are expensive compared to the competition. One of the reasons ANY product is expensive is high overhead — reasons such as real estate, taxes and salaries. Anyone care to compare the salaries of Connecticut with, oh, Texas, Oklahoma or Arizona in comparable jobs?

Let Colt sleep in the bed they’ve made in Connecticut. Good luck to them.

So was the comment wrong?  What do readers know of this move by Colt, and how much of the company does this segment represent?

One thought on “Colt To Texas?”