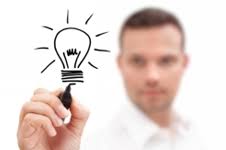 JUDICIAL REFORM:  All valid evidence stands.  To convict the innocent is a crime in itself and the worst of all possible situations involving order within the society, but is a crime against only the person or persons involved.  However, to allow the guilty to go free to continue their crimes, is a gross absurdity, and in fact is a crime against the whole of society.  If evidence is obtained unethically or illegally, that is dealt with as a separate issue.

ELECTION REFORM:  The first three things that must be acted on in campaigns-
a.    All money for any campaign must come from the district of that campaign, and very definitely no money can cross state lines.
b.    Shorten the election cycle.  For elections in November all primaries begin in   June.
c.    Limits on campaign spending,(overall election reform was discussed in a 2 part series 1/24/92 & 2/7/92 in the North Chicago Tribune).

WELFARE REFORM:  All answers at 1 location in every county in America.  Therefore you have the Food Bank, the Clothing Bank, the Soup Kitchen, an Infirmary, Child Care, an Educational Desk, and a Short Term Shelter all at the same place.
We now have the Welfare Industry and this must cease.  Very simply those in need must be helped in a manner that does not lend to their permanent dependency.

EDUCATION REFORM:  Absolutely no more ‘social  promotions’.  The reason:  Social Promotions deny a person their future.
Educate not Indoctrinate.  Recognize that teaching children all aspects of the new technology creates a situation of dependency on these new devices and when the lights go out, they haven’t the foggiest notion how to react.  Bring back ‘Reading, Writing & Arithmetic’ to the level that can think for themselves.

LEGISLATIVE REFORM:  Every bill should stick to the subject intended, and any amendment must be pertinent to that subject only.

FOREIGN AID:  All aid should go directly to the US Embassy in the country needing the aid, and each project for which the money was intended should be overseen by an embassy official acting to see that the money is properly spent.

US SOVEREIGNTY:  The sovereignty of the United States of America is sacrosanct and we should never allow the United Nations to control any aspect of American life anywhere in the world.  The United Nations is simply not united and never will be.  Its efforts to bring about a new world order are a sham.  Its core principles of secular humanistic socialism, coupled with its thoughts on world population control, are simply outrageous.  It should now be The International Forum with no jurisdiction over anything.
The time is now for problem resolution done in the framework of reality.  We must squarely face our economic problems.  And begin at the federal level with changes in the table of organization, going back to Secretary of Health, Education & Welfare, as all three of those should be basically dealt with at State and Local level.  Much more can be said here and logic must prevail.  Obviously we have to deal with the national debt, and the present administration is not living in reality.  Those with answers are said to have no plans and this is extremely sad.

It is said $Six Billion Dollars was spent in the last election cycle, while children in Chicago go to school afraid and hungry.  Does this make any sense?  The truth hurts, but it better be faced, and quickly.