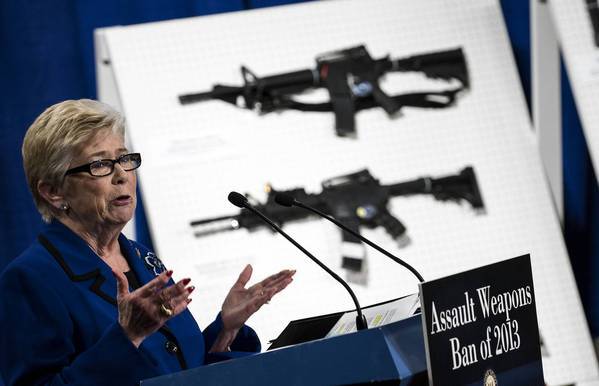 American nationals need to show up at these events armed to confront these parasitic communist infringers.  Then let so called law enforcement show themselves as either patriots or lackeys for the insurgency.

WASHINGTON — The nonprofit advocacy group that inherited President Obama‘s grass-roots campaign infrastructure faces the first real test of its political might Friday, when it holds a series of volunteer-driven events in support of the president’s gun violence reduction plan.

With the so-called Day of Action, its first national mobilization since launching in January, Organizing for Action is adopting a tactic from Obama’s reelection bid, which used such events to engage its 2.2 million volunteers.

The group’s supporters plan more than 100 activities, including rallies, phone banks and candlelight vigils in 80 congressional districts, hoping to prove that an organization built to elect a candidate can be effectively refocused on legislative goals.

But there are already signs of challenges in activating supporters around a policy fight — especially one that is still wending its way through Congress.

Organizing for Action said Friday’s events are aimed at boosting support to close background-check loopholes and pressure holdouts in Congress. The group will run Web ads targeting more than a dozen legislators.

Of all the planks in Obama’s plan, which includes an assault weapons ban and limits on high-capacity magazines, background checks enjoy the highest level of public approval, with support surpassing 90% in some surveys.

But Organizing for Action’s efforts come before a background check bill has even been introduced in the Senate, where gun control measures have the best chance. Two Democrats — Sens. Charles E. Schumer of New York and Joe Manchin IIIof West Virginia — are working to craft the bill with Republican Sens. Tom Coburn of Oklahoma and Mark Kirk of Illinois. Negotiations have been painstaking, snagged by logistical questions of how to perform checks and maintain sales records for private transfers.

The White House was not expecting a bill to be ready at this point, according to an administration official, but was hoping the pressure would keep the process moving.

Without a Senate bill, many Organizing for Action supporters are using Friday’s events to push a House bill on background checks with dim prospects for passage.

“That’s the bill that’s the farthest along,” said Kim Hurdman, organizer of a chapter in Morris County, N.J., that plans to deliver petitions to the district office of Republican Rep. Rodney Frelinghuysen urging him to back the measure, written by Rep. Carolyn McCarthy (D-N.Y.).

Others are using the Day of Action to draw attention to local gun control efforts rather than the administration’s agenda. Volunteers in several Maryland communities will be holding phone banks urging people to attend a March 1 rally in Annapolis to support an ambitious gun control package championed by Gov. Martin O’Malley, a Democrat.

“Our representatives are already on board, so we just felt that focusing on a state action on this topic would be the best thing to do,” said Carlotta Joyner, who is setting up a chapter in Frederick County, Md.

Organizing for Action spokeswoman Katie Hogan said most of Friday’s events would be about background checks, but other activities would still bolster Obama’s agenda.

“We strongly believe that our supporters will continue to be more engaged if we allow them to engage on the specific issues they care about,” she said. “It isn’t one-size-fits-all.”

Similar Days of Action may be held as often once a month, said Hogan, who declined to comment on how OFA would measure the success of such events.

Neeta Datt, who served as a regional volunteer leader for the Obama campaign in 2012 and is leading the Organizing for Action chapter in Silver Spring, Md., said making the transition to issue advocacy had been an adjustment.

“It’s a little more open-ended, and not everybody is supporting every issue,” said Datt, whose chapter is organizing supporters for the March 1 rally in Annapolis.

“But the energy is still there,” she added. “People still want to be involved.”

Sustaining the passion of 2012 is essential for Organizing for Action to avoid the fate of its predecessor, Organizing for America, an offshoot of Obama’s 2008 campaign. That group lay low in the initial months of Obama’s presidency, then drew criticism for what some viewed as tentative engagement in the fight over healthcare legislation.

There are already signs that the new Organizing for Action aims to have a more robust presence, effectively serving as the president’s outside political arm. Its staff now runs Obama’s Twitter and Facebook accounts, and its leaders have been courting top campaign fundraisers to bundle money as part of a national finance committee.

After last week’s State of the Union, Obama called in to 1,200 Organizing for Action-organized house parties to urge supporters to keep up the fight.

“I hope what I said tonight resonated with you, but remember that me saying it doesn’t mean anything,” he said. “To get it passed, to get it signed, to get it implemented, to get it done — that’s going to require a big push from you guys.”

Still, some supporters said it would take a sustained effort to keep volunteers engaged in legislative issues.

“It’s going to be a little bit of a push, because we’re not used to it,” said Adrienne Halpert, an art gallery owner in Patagonia, Ariz., who is hosting an open house in her shop Friday for Organizing for Action volunteers. “It’s got to be in consumable bits, things that we can see a result.”

Hampering the efforts of the fledging chapters is the fact that supporters have not yet been given access to the voter and volunteer databases key to their efforts during the campaign. Officials have said the tools will be available to chapters that raise a certain amount of money.

“Boy, do we miss it,” said Joyner, whose group organized Friday’s phone bank using a file of volunteer contacts they had compiled during the campaign. “We’re just not waiting. We’re just figuring things out and inventing ways to do all this. Then if we get tools and staff, great.”

Kathleen Hennessey in the Washington bureau contributed to this report.