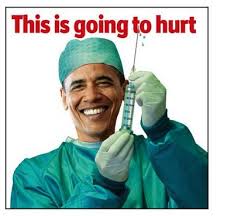 The Weekly Standard – by Jeryl Bier

Even as President Obama and his administration are making a last minute push to encourage enrollment in Obamacare, a quiet change was made on the Healthcare.gov website regarding those who will still not be able to afford coverage after the program kicks in. From at least June 26, 2013 to as recently as September 15, under the topic, “Where can I get free or low-cost care in my community?” the following statement appeared: “If you can’t afford any health plan, you can get free or low-cost health and dental care at a nearby community health center.” Here is how the page in question appeared:

However, sometime between September 16 and September 23, the reference to “free” care was dropped. The title of the topic was changed as well, and now reads: “Where can I get low-cost care in my community?” Here is how the page currently appears:

The page in question is not a new one, as the webpage’s Internet address remains the same, still containing the word “free”: www.healthcare.gov/where-can-i-get-free-or-low-cost-care/.  However, there is no notation anywhere on the page that it was revised; the change just appeared unannounced.

Other changes include dropping references to “dental” care and the availability of “prescription drugs,” as well as exchanging the phrase “specialized care for more serious conditions” for the milder “referrals to specialized care.”

Since President Obama has been emphasizing of late how inexpensive Obamacare will be for many Americans, advertising the availability of “free” health care might have been viewed as a deterrent to purchasing even the least expensive option from the government-run exchanges. Since the “bronze” and “silver” level plans that the president has recently been touting as equaling “the cost of your cable bill” and “less than your cell phone bill” will still entail significant out-of-pocket costs for medical care, “free” might still look more attractive to many on the lower end of the income scale. It may be that community health centers will still offer free care to some, but visitors to Healthcare.gov will no longer be made aware of the option.