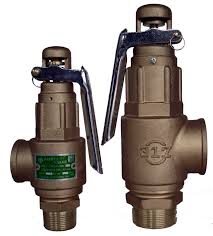 I would like to explain a dynamic that has been in use, in recent years, to keep the Restoration of this once great Republic at bay, “To Quell the Resistance to Tyranny” if you will. It is very important for everyone to understand this, because it is causing the tyranny to gain an incredible stranglehold around the Neck of the Republic.

There are only 2 parts to this dynamic. They are as follows.

What this is used for, and probably THE ONLY REASON IT IS IN EXISTENCE, is so the traitors can keep their finger on the pulse of the American people. To monitor just how close they are to an ass whoopin. They monitor everything in order to pick up on chatter and see how far off they are from a violent uprising and a shake off of the current traitorous regime.

2.  The Propaganda Media (this goes for certain alternative news sites and stations as well), not just the Main Stream outlets.

When the traitors’ “think tanks” feel from the chatter they have acquired through their illegal monitoring, that it is imminently close to a revolution, they leak a story such as “Sheriff Joe Arpaio and his cold case posse”, which as I am sure you are aware of by now, NOTHING EVER TRANSPIRES FROM ALL HIS “HARD PROOF AND EVIDENCE OF TREASON”.

What it does achieve however, is immediately cools the blood of the American National, who has had enough, and the Patriots of the country say to themselves ” Whew, thank goodness someone is finally going to expose this traitor and his communist regime and it doesn’t have to get violent” and (the sheep go back to sleep) or (put their guard down)

And the traitors buy themselves more time to plunder the country.

Then a few weeks or months pass, and some more robbing and plundering of the country, and trampling of our rights takes place, And the American Nationals start to get tremendously angry again, they start talking, and buying guns and ammunition and again, that chatter and direction of the Patriots is picked up on through the surveillance state AGAIN..

Then all of a sudden a retired congressman (Georgia Rep Bob Barr) announces if he is re elected, he promises to immediately start impeachment proceedings against the president.

Once again, the American Nationals who were just about to unleash their rage and take back their country, take a deep breath and go WHEW !!!! That was close, we don’t have to do anything, there is a congressman who’s going to impeach the bastard !!! And the blood runs cold again, and everyone gets complacent again (The sheep begin to sleep again) or (Guard down)

There are SO MANY examples that have taken place over the past few years that I couldn’t possibly list anymore. I think a person of average intelligence can now understand how this has been playing out. Practically every story that has appeared to be in the favor of the American Patriot has been a contrived, carefully crafted story, to quell the resistance before it ever gets momentum.

Sent to us by the author who wishes to remain anonymous.

8 thoughts on “The Dynamic”