The Only Peaceful Solution 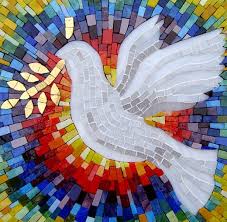 Nobody wants war. What sane person would? I’ve never been to war, but I can easily imagine that screaming, bleeding, killing and dying isn’t much fun for anyone involved. Unfortunately, my opinions regarding war don’t matter right now, and nor do yours, because sometimes war comes your way, whether you like it or not, and the people of the United States are in just such a situation right now.

All of the protesting in the streets, letters to congress, lawsuits, petitions, impeachments and recalls you can muster aren’t going change anything, or stop us from being attacked.

We’re in the way, we want too much for our labor, we eat too much food, we have too many toys, and the manufacturing jobs that paid for it all have been shipped overseas long ago. We have nothing left to steal except the ground underneath us, so no one wants you standing on it much longer. Your family’s share of the national debt is about a quarter-million dollars, and the collection agents are bringing tanks and machine guns. What’s in your wallet?

I considered myself lucky to be too young for Vietnam, and too old for Desert Storm, but now I’m starting to feel my age, and there’s no escaping this one. We’re being attacked, and our only options are to either defend ourselves, or roll over and die for them. Neither option is pretty, but only one option gives a chance of survival.

Do you think they’ll keep you around because you’re smart, pretty, educated, or spent years kissing all the right asses? Sorry. We’re all in the same sinking boat here, because there’s a big surplus of useless eaters right now. They’re done using us, so it’s time to get us out of the way. Do you think these people give a rat’s ass about your life, or your family? They don’t even consider you to be human. They might use you and your family for rape and torture victims if they want to amuse themselves, and I guess that will keep you alive a little longer, but only long enough to wish you were dead.

The Department of Homeland Security operates solely within the United States, and they just ordered a billion hollow point bullets. Did you think they were to be used as paperweights? The Pentagon just decided they’re going to respond to “civil unrest” inside the United States. Do you think maybe they just have nothing better to do because there aren’t enough wars to fight?

You really have to ignore all of the political scandals and distractions being put before you right now, and focus your attention on the reality of our situation. Study history instead of the news, and see what’s unfolded in the past in countries that have been put in this identical situation, by the parents and grandparents of the people who have put us here now.

You also have to ignore all the phony political labels that have been invented to keep us divided, and remember that we’re all freedom-loving Americans, who have always had the ability to stand together to defend ourselves from our common enemies, and put aside our differences to get a bigger job done.

You have to see the big picture, and understand that the American people, and only the American people, are what’s standing in the way of someone else’s plans to rule the world. Only we have the guns and numbers that can stop them, and once the guns are gone, the numbers mean very little, because they’re no longer interested in appeasing or even answering to the population. They only want us slaughtered, because they have cheaper labor elsewhere, and we’re standing in the way of their theft of resources and real estate, as well as their plans for global domination.

No, it’s not a pretty picture, but it’s not one we painted, either. We just happen to be on the wrong page of a future history book, and if we want to keep our lives, our homes, our families and freedom, we’re going to have to fight for them, and when it does come to that, we’ll have no other option.

There is however, one, and only one way to prevent the impending attack, and once you understand the attack is coming, you’ll rush to implement the solution, as much of America already has.

The only thing that will stop our enemies now is fear. It’s the same weapon they’ve been using on you for your entire life, but now it’s your turn to instill the fear in them. No one will attack this country if they’re convinced that the entire population is ready, willing and able to kill all enemies of America and its constitution. They’re only planning to attack because they’re convinced we’re a nation of weak, spineless sissies, who have been brainwashed by the television, and softened by lives of luxury. You’re going to have to prove them wrong, or you’ll probably die before your time.

If you answered “yes” to any of the above, you can do your part to achieve these things by getting ready to fight a war, and win it. Arm yourself, train yourself, and organize a few friends to fight with you. Prepare yourself physically and psychologically for all the horrors of war, and be ready and willing to fight for your country and your freedom, because that’s the only way you can possibly avoid having to actually do so, and if we can’t scare ‘em off, at least we’ll be ready to fight ‘em off.
— Jolly Roger

“To be prepared for war, is the most effectual means of preserving peace”
—  George Washington

19 thoughts on “The Only Peaceful Solution”