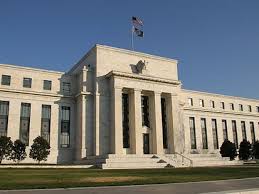 Most Americans assume the U.S. Federal Reserve is a powerful government institution that seeks only to safeguard the dollar, boost the economy and drive employment higher.

That’s what the Fed wants you to think.

The illusion of the Fed as a stabilizing, positive government entity has more or less existed since its creation under dubious circumstances in 1913.

“It not only avoided the word bank, it cleverly implied federal, or government, control over the establishment of a pool of reserves that would backstop the new banking ‘system,’” said Money Morning Capital Wave Strategist Shah Gilani.

Congress has played along the whole time, first by approving the legislation that created this beast and later by endowing the Fed with its “dual mandate” to combat both inflation and unemployment.

The real reasons the Fed was created, and many of the things it does to this day, would shock many Americans.

“If the American people truly understood how the Federal Reserve System works and what it has done to us, they would be screaming for it to be abolished immediately,” Michael Snyder writes on his website, The Economic Collapse.

1. It’s Not Really Part of the Government

Few people realize that the Federal Reserve didn’t even exist until about 100 years ago. It was cooked up by the top Wall Street bankers of the time in a secret meeting on an island in Georgia (A book about it is actually titled “The Creature of Jekyll Island.”)

The bankers wanted a central bank partnered with the government to serve as a backstop for their institutions, which then were prone to panics and bank runs.

The 12 regional banks that make up the Federal Reserve are not owned by the U.S. Treasury, but by the nation’s private banks. According to Factcheck.org, “about 38% of the nation’s more than 8,000 banks are members of the [Federal Reserve] System, and thus own the Fed banks.”

2. The Federal Reserve’s Primary Purpose is to Serve the Banks

While the stated purpose of the Federal Reserve is its congressional “dual mandate,” in practice serving the needs of the big banks still comes first.

“Central banks – of which the Federal Reserve is, by far, the world’s largest and most powerful – serve banks first and foremost,” Gilani said. “Secondly, they serve their host governments.  They are the ultimate tool of the rich and powerful.”

During the years of the financial crisis, for example, in addition to the well-publicized bailouts, the Fed made $16 trillion in little-known loans to more than a dozen big banks.

3. The Federal Reserve is Paying Big Banks Billions in Interest

To fund its massive quantitative easing (QE) program, the Fed has encouraged banks to deposit excess reserves in the Fed’s accounts. The big banks have been more than happy to comply (see chart), as they get paid interest on any money they park at the Fed. Last year, the Fed paid out about $4 billion in interest to the big banks; Bloomberg News has estimated that the annual payments to the banks could soar as high as $77 billion a year by 2015, depending on how much interest rates rise by then.

4. The Fed Has Destroyed the Dollar

The Federal Reserve has utterly failed in one of its mandates – to manage interest rates to control inflation.  Since its creation in 1913, inflation in the U.S. has eaten away 96% of the value of the dollar. So the same item that cost $100 in 1913 would cost nearly $2,300 today. And the problem has grown worse over time; the dollar has lost 83% of its value just since 1970. Since the financial crisis, the Fed has accelerated the process with inflation-fueling policies like QE and zero interest rates.

Washington could never have accumulated its $16.85 trillion national debt – which in recent years has grown at a rate of more than $1 trillion a year – without the help of the Federal Reserve. The Fed is essentially the mechanism through which federal debt is created and monetized, making it easy for the government to spend trillions of dollars beyond what it collects in taxes.  It’s little wonder that Washington looks the other way when the Fed is giving special treatment to the big banks.

The story of the Fed is a lot juicier than people think. To find out exactly how the Federal Reserve came into existence, read Shah Gilani explain all the sordid details.