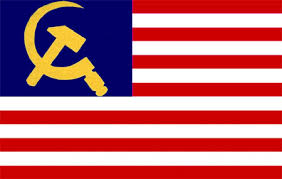 If you have not heard of Rand Paul’s filibuster by now, you are surely living under a rock.  Oy, what a production.  I guess old Rand is now positioned as the ultimate pop-off valve should the American nationals break loose from their bonds and come after the communist infiltrators.

Attorney General Eric Holder, for the finale of the event, sent a document to Rand Paul stating that drones would not be used to kill non-combatant American citizens on American soil.  And of course we can believe Eric Holder as he is the shining example of integrity and adherence to the law.

Mealy-mouth: Unwilling to state facts or opinions simply and directly.

If you want the truth, all you really have to do is listen as the communists are arrogant in their belief in the power of their duplicity.

The parasitic communist Chris Matthews, speaking to his commie whore sister, Diane Feinstein, while addressing the drone technology said, “Considering the exponential growth in what mankind can do with technology, is that playing to the paranoia in people, they think if we have the capability we are going to use it against average citizens who are of a different political persuasion than we are?”

So what did Chris really say?  Well, he said there is a ‘we’ and there is the average citizen of a different political persuasion who thinks ‘we’ would use our technology against them.  So who is the ‘we’?  I guess that would have to be the communists.  And the statement, ‘our technology’ in correlation with ‘we’ indicates that the communists consider the drones theirs as opposed to the average citizen of a different political persuasion (belief in the Bill of Rights) who might demonstrate the fear.

As I said earlier, they are arrogant to a fault.

John McCain also had a few words to say about the 13 hour Rand Paul rant, on the issue of the drones financed and constructed by the average people to be used on the average people.  McCain stated on the floor of the Senate, “To somehow allege or infer that the President of the United States is going to kill somebody like Jane Fonda or someone who disagrees with the policies is a stretch of imagination, which is frankly ridiculous.  We’ve done a disservice to a lot of Americans by making them believe that somehow they’re in danger from their government.  They’re not.”

And we know John McCain speaks the truth, just ask the 74 men, women, and children murdered at Waco or Sammy and Vicki Weaver.

John McCain is a traitor who spent his time as a prisoner of war pumping his seed into a North Vietnamese nurse while his fellow captives endured torture at the Hanoi Hilton.  John McCain, we know who you are and we know what you are and be assured, justice will find you.

Last, but never least, the creature Feinstein stated, “We are not going to kill you with a drone, coming out of a restaurant or walking down the street.” (Again, the infamous ‘we’)  Of course she did not rule out any other venue or method of murder.

In fact Chris Matthews, in the following interview, declared that the use of a drone on that cabin up at Big Bear where supposedly Chris Dorner was killed, would be no different than “throwing a bomb through the window”  Oops.  Chris of course tried to cover his ass by quickly re-referring to the destruction of the cabin and murder having been accommodated by a smoke grenade.

Again, we know who and what you are, Chris, and yes by God you are going to pay for your crimes, you communist piece of shit.

These are the individuals who want your guns, so are you going to hand them over?

And by the way, Chris, once this Revolution goes hot, your drones are going to revert back to their true owners, the average people, so fast it is going to make your communist head swim.  Now there’s a thought.  A communist head swimming as the body dances at the end of a hemp rope.

This is the question that should have been asked that the little coward Rand Paul would never dare ask: Will this government use drones or any other weapon to kill American nationals attempting to enforce constitutional law on American soil?