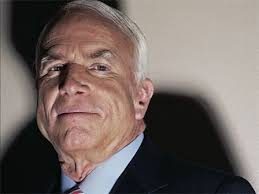 On May 4, 2013, Israeli warplanes launch unprovoked attack on Syrian military as Syrian government forces reach the final stages of repelling US Israeli Al Qaeda mercenary invasion into that country.

On May 5, 2013, Israeli warplanes again launch an unprovoked airstrike on the outskirts of Damascus as allegations of chemical weapons being used by the Syrian Army fails to draw the US into the conflict.

On May 22, 2013, the US Senate approves SR 65 with a vote of 99-0, declaring every American life and this country’s wealth and resources to the Middle East Zionist Empire of Israel.

On May 27, 2013, the European Union agrees to lift its arms embargo on Syrian opposition.

Also on May 27, 2013, Industrial War Complex Kingpin, John McCain, covertly enters Syria via Turkey for a secret meeting with the US Israeli sponsored Al Qaeda insurgency, hired to topple the Assad government, promising the US Israeli proxy state of the art weaponry and training in an effort to salvage the insurgency.

On May 28, 2013, Russia announces it will be making deliveries of S-300 air defense missiles to Syria, presumably to put an end to the unprovoked air attacks on that sovereign nation.

Also on May 28, 2013, Israel threatens Russia that it will attack Russian planes in Syrian air space delivering the anti-aircraft missile systems.

Syria has shown no aggression towards the United States, even though it is common knowledge that the Al Qaeda insurgency inside their borders was bought and paid for with US taxpayer dollars.

Syria has not attacked Israel, yet the mainstream propagandists in the United States continue to paint the war mongering Israelis as some sort of victim of the internal conflict in Syria.

Israel continues to break ground in the Golan Heights, for the purpose of further settlements on so called occupied territories, not to mention stealing and selling Syrian oil beneath that ground.  And of course these new settlements require water, which the Israelis intend to take from Syrian territory yet uncaptured.

Israel regards the people of the United States as their property to be used to their benefit as they see fit.  The Zionists in Israel are the most diabolical species of human being to ever exist on this planet as they consider all other life of no consequence in their lust for global dominance.

From 1947 to 1991, the United States and the former Soviet Union engaged in what was known as the Cold War, with the cost to each side at around $8 trillion, and this was in 1947 to 1991 fiat dollars, not to be confused with the all but worthless fiat dollar of today.

How much better could the people of the US and Russia have lived without this unimaginable suck of resources and wealth into the Industrial War Complex?  But we were told it was worth it.  It was sold to us as “mutual assured destruction” as it would limit all war to nothing more than controlled regional conflicts because escalation beyond that would be nuclear, and as both sides possessed the power to destroy the earth many times over, it was simply something we would not, could not let happen.

But the Industrial War Complex must have war and the bigger the war, the bigger the profits. That being said, there has been immeasurable effort put into the notion of a third world war.  Ask yourself, how could they ever sell this to the people after over forty years of the absolute assertion of absolute destruction via World War III?

Well, enter into the equation the Zionists and the new world order who have been planning this chaos every step of the way.  As previously mentioned, they see all other human life as completely expendable to their goals.

So what is the agreement here on the international scale, a limited nuclear war?  If this is the case then the winner has already been decided.  So is it to be Russia or the United States?  How about neither?  How about Russia and the United States destroy one another, along with China, India, Pakistan, and the European Union, and what?  Israel comes through unscathed, dominant over the world.  Oy.

You say it can’t be?  Well maybe if I put it like this.  Israel and Switzerland, where they keep their gold, come through unscathed.  What, you say?  Oh yeah, you know Switzerland, that saw two world wars rage around their borders as they went untouched.

If you want to see what a war pig looks like, gaze upon John McCain, and watch this abomination as death spills from his lips.  And remember, this single creature seems to have the notion that he alone, acting unilaterally, in the name of the people of Arizona?, is ordained as the individual that can perpetrate the deaths of billions.  Does such a power exist, and if it does, does any American have a say in his or her destiny?  Well the US Senate on May 22, 2013 said 99-0, “No we don’t”.