Killing of Pennsylvania Trooper by Fugitive Eric Fein is a Hoax 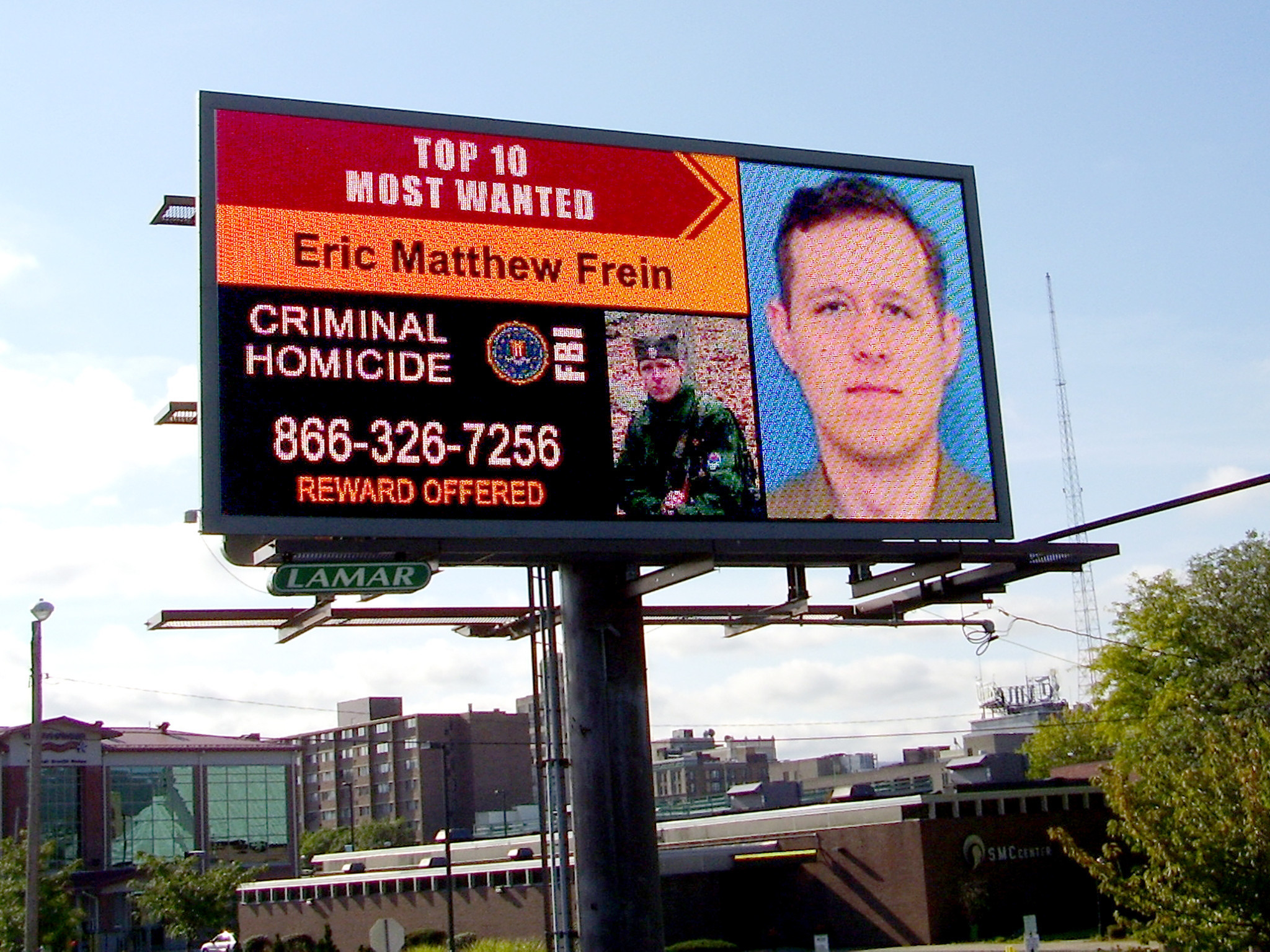 Can anyone believe it with all the other hoaxes that are occurring that there is really a cop killing fugitive, named Eric Fein, on the loose? Moreover, it is advertised with billboards, just like the Christopher Dorner hoax? Who finds any of this believable? As this is assessed it appears that there i a pattern which is used as a basis for such hoax. One such pattern is the lone shooter who is also a “survivalist” who escapes into the woods. He will live off the land, and will gun down any government agent that comes anywhere near him. He is armed and dangerous, and the whole world is on the lookout for him.

The State Police, local police, ATF, FBI, and more are all out looking for him. Yet, he eludes them for countless days, until he is either captured or, perhaps, shoots himself: or is killed in a shootout.

This is the platform for the hoax. The same pattern is used repeatedly.

In the Dorner hoax billboards were extensively used. It is a psychological operation against the people. It’s the same platform, all coordinated and orchestrated by hedonistic, terminally corrupt arch-Zionist Jews. In this regard the fake shooting attributed to Fein is nothing more than a gun-grab by these same Zionists.

The purported killer, Eric Frein, is a Zionist Jew. Does that give credibility to anything other than the fact that it is a terminal, treacherous Zionist hoax?

According to the arch-Zionist-controlled New York Daily News:

A witness saw the man in all black Friday, and police believe it was the 31-year-old alleged cop killer. He wasclose to his former high school and carried a rifle, police said. Frein, accused of fatally shooting a state trooper during an attack on police barracks, has been on the lam ever since the Sept. 12 ambush.

Sure it was. Sure; on the day after Sept. 11 he shoots up a police barracks, killing one trooper. Later, he dresses in black and starts loitering around his old high school. It’s lock-down time; there’s another crazed shooter on the loose near a school.

To incite even greater fear yet another Zionist mole, Frein’s father, had this to say:

Frein is a skilled marksman who “doesn’t miss,” his dad said shortly after the shooting.

Is his father bragging, is he proud that he ‘killed’ and ‘wounded’ two state troopers? Why would anyone publish such a statement considering the ill effects this might have on the hearts and minds of the victims’ families in this case?

Supposedly and incredibly, state troopers from “five states” were on the look-out for this fake assassin.

Does anyone really believe that this Serbian Zionist shot anyone? He’s a fake, just like all the other arch-Zionist criminal elements who are involved in such fabricated shootings.

Moreover, here it is, the Eastern European Jew now turned survivalist, who has the State Troopers in five states in disarray. It is to such a degree that they had to all in reinforcements: agents of the FED such as the great deceivers of the ATF.

He was finally captured, but not until after 48 days. Now, notice what is seen. T

He was drizzled with applied moulage before the camera-op. He did not get into a scuffle with the police. He is one of them, that is a collaborator. Why would they beat him?

The man has no obvious wounds.

The funeral, too, is hard proof of the degree of fabrication. Why turn the shooting death of a single State Trooper into a media circus as well a an arch-political event? Why turn it into an attempt to gain momentum for gun control, specifically controls aimed at long guns such as the AR series? Why go after AK-47s specifically unless it was a gun control scam?

Does anyone, here, look like they are grieving the loss of a loved, especially someone gunned down in cold blood? Could there be a more dire loss than this? Surely, some one would be in shock at such a senseless loss, and with all the pomp and display, here, someone would be visibly saddened.

Someone would shed tears. Then, why are all eyes in this event dry? None of the actions of Ms. Dickson give an inclination to believe this as real.

For Tiffany Dickson, et al, it appears to be not a funeral procession but, rather, a parade. How could all this be arranged so spontaneously after the death of a State Trooper? Moreover, does the State Police Department have the resources to pay for all such glory and pomp?

How could anyone believe that this degree of display would occur from a single State Trooper killed in the line of duty. It has never occurred before in all history. Why now?

What grandiose pomp and arrogant buffoonery it is, the Illuminati and Masonic clique are clearly in high gear for this terminal fraud.

It’s an arch-Zionist hoax. No one died, and no one was injured, purely fake. Eric Frein is merely a crisis actor under the employ of terminally corrupt, wretched Zionist cabal. For significant pay he played this role. Massive amounts of money were spent to give the hoax traction.

The funeral was staged. There was no corpse in the casket. Let anyone contest it. Hoax index: one billion percent.