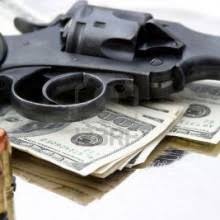 Here’s what Obama’s advisors are telling him about the way to confiscate guns: Tax them.

They are advising him to tax guns, ammunition, magazines, and licenses and then attach draconian remedies for failure to register and pay the taxes. Set the taxes low the first year, then increase them gradually to the point where a person owning an AR 15, three magazines and a box of ammo would owe $5,000 a year in taxes.

If a gun owner doesn’t pay, the small print at the end of the tax law would subject him to jail and confiscation of everything he owns.

Why use this approach? Because people ignore gradual change and taxes can be imposed as a gradual change. It’s only when two things happen simultaneously that revolution occurs. First, the ideals underlying the society must be undermined. That has already happened. And second, there must be a spark that ignites revolt. Since traditions and ideals of the country have already been compromised, it would be unwise to create any sparks.

Taxes ignite no sparks. Getting a tax bill is a non-event. The hapless taxpayer grinds his teeth and gets out his checkbook. He’s in a bad mood for a month. There is nothing to rally around. No one has been killed or invaded, at least at the point where the tax has been imposed.

Under this taxing approach you increase taxes to the point no one can pay them, then send a tax bill to the gun owners you know about (in Pennsylvania, that’s pretty much everyone who owns a gun), and you wait for someone not to pay. When a preferred target doesn’t pay, you send the storm troopers to his house, find his guns, and arrest him. You take the offender’s guns and his house and put him in jail for twenty years. Then you publicize the arrest and declare a period of amnesty for other weekend rebels and watch the guns flow in.

At that point, the country will have been effectively disarmed.

After the taxes are imposed and offending gun owners are picked off one at a time, wives will implore their husbands not to risk the family home, all their savings and the husband’s own freedom. And they will point to the examples of imprisoned and bankrupted gun owners that have already been held up to public view.

“The American people will never knowingly adopt socialism, but under the name of liberalism they will adopt every fragment of the socialist program until one day America will be a socialist nation without every knowing how it happened.”*

That’s the smart way to do it, Barack. Get us a little farther down the road to socialism, then quietly tax guns, and finally, take them all.