Obama’s Hunger Games Is a Prelude to Martial Law

I have come to believe that America is poised to experience food riots. I have further come to believe that these food riots will precede riots which will likely occur when we have a banking holiday imposed on the American people. Congress is complicit with the Obama administration in cutting food stamp benefits for 50 million Americans with virtually no warning. On the surface this is reckless. The government is reducing life-sustaining benefits for a population which is conditioned to not seek out critical solutions to their daily problems.

In 1967, Martin Seligman’s seminal research was published in the Journal of Experimental Psychology entitled, Failure to Escape Traumatic Shock. Seligman’s experiment led to the term often used today to describe why poor people do not take obvious steps to climb out of their poverty-stricken circumstances.

In Seligman’s dog study, he used dogs that were shocked and at first, demonstrated the ability to escape.

In the second phase of the experiment, when a barrier was erected, repeated shocks to the dogs led to them passively accepting the shocks.

In the third phase, when the barriers were removed, one would expect the dogs to return to escaping the shocks. Stunningly, even when the animal could see a clear path to escape, they continued to passively accept the shocks, hence the development of the “learned helplessness”. The dogs had been conditioned that their actions made no difference in the outcome, hence the term, learned helplessness.

Learned Helplessness and the Poor

Learned helplessness explains why so many poor people remain in their circumstances day after day, year after year and generation after generation. After so long, the recipients of Federal welfare programs such as food stamps have learned to become totally dependent on the government for their sustenance and as a result they become conditioned that their actions make no difference to the quality of their lives. Their life decisions become grounded in believing that success is rooted in luck which explains why the poor play the Lottery with far greater frequency than any one economic group.

The frustration aspect of learned helplessness is very concerning when it comes to the reduction of food stamp entitlements. The frustration element of this condition will put many poor people on the street in a desperate attempt to satisfy their basic needs. This cost reduction move, done in this manner and at this time, is a reckless and dangerous move which seriously and suddenly impacts the poor and the country as a whole.

One in six Americans are currently on food stamps. Most of the food stamp recipients are dependent and are in a state of learned helplessness. A whopping $80 billion was spent on the program last year, but now a significant cut will go into effect.

One in six Americans are on food stamps. Most of the food stamp recipients are dependent and are ina  state of learned helplessness. A whopping $80 billion was spent on the program last year, but a significant cut will go into effect.

On November 1, food stamp payments will decrease $36 per month for a family of four. This will prove to catastrophic for many poor families because each food stamp household receives an average of $272 per month.

On the Fox Business channel, anchor Neil Cavuto reported that the $80 million will go towards protecting government buildings from rioting American citizens. Cavuto proclaimed that, “This could be all Hell breaks loose day.” Actually, I believe that the danger date will not be November 1st. The damage being done to the poor needs time to coalesce. However, by mid-November, we will have some definitive answers as to whether this reckless action by the Obama administration will be the cause of widespread rioting and violence. Interesting to note that this event coincides with the timing of the Grid Ex II drill in which a “simulated” take down of the grid will occur beginning on November 13th. This coincidence opens a lot of possibilities. 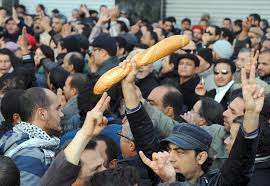 Cavuto’s guest on the show, TeaParty.net Chief Strategist Niger Innis, said, “This is really frightening. We are on a slow march to becoming Greece. When 50 million people are on food stamps then you have a situation where it’s obvious that what government can give to you, government can take away.” In the long term, people will be better off if they are able to get off food stamps, argued Innis — even if the decrease in funding prompts violence in the short term.

I strongly disagree with Mr. Innis. Many poor people on welfare have been conditioned to be helpless and to demonstrate an external locus of control in which they seemingly cannot see the obvious solutions with regard to their life circumstances. However, even poor people will react to extreme hunger especially when it comes to their children, with vehemence and determination as natural human instincts will take over.

In the first stage of learned helplessness, the dogs do attempt to escape and they do so. The poor are conditioned that welfare is owed to them and if denied some of their “entitlement” they will demonstrate extreme frustration very early on when their full expected benefit is denied. Earlier this month, on October 14, we saw food stamp “riots” at two Louisiana Walmarts when the EBT cards were not working. What will happen when 50 million Americans do not have enough food stamps to sustain them until the end of the month? If individuals rioted after a couple of hours of having their EBT cards malfunction, what will happen when the food shortfall is permanent? The obvious answer is that they should look at improving their skills, getting a job and providing for themselves. However, as we now know, many poor people suffer from learned helplessness.

Options for the Hungry Poor

What will food stamp recipients do when they do not have the resources to meet their basic needs? The answer is simple, they will do what any human being will do when they are hungry, they will take what they need.

When people lash out they generally victimize those who they have access to, their own. However, we could see entire neighborhoods who are hungry and desperate. They will then go to where the food is and we will have the beginning of food riots. This is predictable and the government should be firmly aware of this.

Obviously, the government has planned for this eventuality by spending $80 million dollars to protect government buildings and deploying personnel to prevent looting and damage to Federal buildings. Actually, the first target of a hungry mob will be the grocery and convenience stores. Disturbingly, the government does not seem concerned with protecting the merchant class. They only seem interested in protecting their own. This cavalier attitude which permits the protection of one’s own turf but seemingly ignoring the protection of obvious victims by a hungry mob constitutes depraved indifference to the highest degree.

Is this really just a case of depraved indifference, or is it something more sinister?

On October 29th, I chronicled for listeners to the Voice of Russia in stations in New York City and Washington DC as well as in 39 countries how it is becoming increasingly apparent that American institutions such as the Department of Homeland Security (DHS) are moving with great rapidity towards the imposition of martial law through the purchase of 2.2 billion rounds of ammunition and 2700 armored personnel carriers. My article about the interview is chronicled here and the interview can be listened to at this link.

The banking system is on the verge of collapse with a total debt load consisting of (1) $17 trillion dollars; (2) $238 trillion dollars of unfunded liabilities (e.g. Social Security, Medicare); and, (3) a derivatives debt of at least one quadrillion dollars. Please keep in mind that the entire wealth of the planet is placed at $65-75 trillion dollars. In short, there is no way to pay off these debts and the banking system is racing towards default as soon as they cannot pay the interest on these debts. Ultimately, the banks will collapse and the dollar will go down with them. This could trigger widespread civil unrest, perhaps, even a civil war. Shouldn’t the government be preparing? Maybe they are, just not in the way that we would anticipate.

Can there be any question that bank runs and subsequent riots lay in our future? How does the cutting of food stamp entitlements factor into this scenario?

The imposition of martial law is not a simple process in a country with the population and the size of the US. Assets would need to be prepositioned, deployed and ready to act.

Please consider that the cutting of $36 of food stamp benefits cannot be considered a budget reduction matter if some of these people are going to riot. The cost alone of repairing a riot torn area, along with the cost of deploying troops will dwarf any federal savings with regard to these cuts. Therefore, I see the food stamp cuts as an antagonistic move by the Obama administration as a pretext to get troops on the street. Obama has to be aware of these facts. Obama had complete control over this situation as he could have issued an Executive Order to override the Congressional cuts.  And why have not the poor people been warned before now that these cuts were coming? Maybe some of them would have had time to prepare. Regardless, the short window between announcing the cuts and the actual implementation of these cuts was far too short.

If Obama can use food riots as an excuse to deploy troops, the government will be poised to deal with larger civil unrest when the banks fail. Perhaps some will consider these notions that I have set forth as “reaching”, however, when the Obama administration is acting with such reckless disregard towards both the poor and the merchant class that supplies them their food, one is forced to make sense out of the nonsensical.