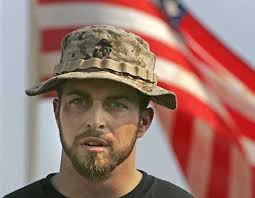 Launched as a group on Facebook, the “Open Carry March on Washington” hopes to get 1,000 supporters to march into the nation’s capital with loaded rifles.

The group plans to meet at Arlington National Cemetery in Virginia.  From there, they will march across the Memorial Bridge into Washington, D.C. and continue down Independence Avenue.

While Virginia permits open carry, Washington, D.C. does not issue any permit/licenses to carry a firearm.

“This is an act of civil disobedience, not a permitted event. We will march with rifles loaded & slung across our backs to put the government on notice that we will not be intimidated & cower in submission to tyranny.”

The event is said to be non-violent and states that if the group is met with physical resistance, they will turn back.

“There’s a remote chance that there will be violence as there has been from government before, and I think it should be clear that if anyone involved in this event is approached respectfully by agents of the state, they will submit to arrest without resisting,” the event’s page reads.

The event is open to unarmed supporters, journalists and welcomes law enforcement officers to join.