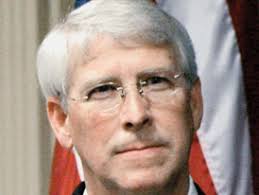 As a patsy is still being sought in the Boston Marathon bombing, tell tale signs seem to be indicating that the unlucky candidate will be depicted as a pro gun patriot.  Coincidentally, one day after the bombing, a 600 page report was released affirming US government conducting torture after 9/11.  The question is posed, if as the report indicates, international and US laws were broken, what shall be the consequence?  And the answer is, more torture and further indications that say torture should be directed towards the perpetrator or perpetrators of the Boston bombing.

The communists have come full circle and are plugging in the final elements designed to accomplish the takeover of the US via the overthrow of the US Bill of Rights.

As previously mentioned, the emphases is being directed toward connecting the bombing with US national patriots, and another little bit of sleaze has now been injected.

News is just breaking that contends that an envelope sent to Senator Roger Wicker (R-MS) contained ricin, a deadly poison.  Now one might ask how the Senator, the ricin, and the bombing are connected.

Senator Roger Wicker is one of the sixteen GOP Senators who voted to stop the filibuster which would have shut down the 2nd Article infringement debate which is going on this week in the US Senate.  Wicker has been named as a traitor to the Republic by the patriot community, as he and the other fifteen Senators voted for the debate in spite of the fact that they had previously identified the gun legislation as an infringement upon our Bill of Rights, making the act one with knowledge and forethought.

The communists who monitor the internet are not ignorant to the fact that many patriots have called for the arrest and trial of all sixteen of these wanton traitors.  Could it be that the communist insurgency is planning more such incidents in an effort to create an illusion wherein American patriots are committing terrorist acts in an effort to …. what, provide an excuse to institute full martial law?

The ways of our enemies are diabolical.  So much so that they fail to see that they have put themselves in a position wherein they are fooling no one.  The American nationals are not the psychopathic haters of humanity, but rather those posing as our government are, as evidenced in the 600 page report which identifies them as not only national, but international criminals of the highest degree.

Who could possibly believe anything put forth by psychopaths that would torture another human being?  How dare they even so much as imply that we American national patriots are capable of the treachery they practice as the status quo?