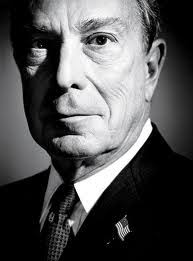 Everyone knew Magpul was going to take its jobs and nearly $90 million in taxeselsewhere  as a result of the state’s recent gun control laws. That was just the beginning of the rebellion. The blowback that has begun against Michael Bloomberg’s Colorado gun control bills is so massive that even the Washington Post is noticing it.

Hunters across the country are boycotting Colorado because of recent legislation meant to curtail gun violence.

Michael Bane, a producer for The Outdoor Channel, announced he will no longer film his four shows in Colorado, and hunters are joining the protests.

According to the Colorado Springs Gazette (http://tinyurl.com/cfbquoy ), hunting outfitters say people began cancelling trips after the legislation passed. The numbers are few, but growing.

If you follow that link to the Gazette, it is obvious that the New York-written legislation is going to have a significant multi-million or even billion dollar impact on the state.

“There’s a united front of sportsmen that are tired of having their freedoms and liberties and fundamental rights taken away from them,” said Jurney, vice president of the Colorado Outfitters Association. “That kind of unity among sportsmen is going to be big and unfortunately for those of us who live here, we’re going to suffer the consequences of this misguided legislation.”

Legislation, drawn up in response to the Aurora theater shootings and other massacres, bans magazines that hold more than 15 bullets or magazine tube extensions for shotguns that are longer than 28 inches. Legislation also requires universalbackground checks, a state fee for background checks, regulation of concealed-carry training and regulations to remove guns from those convicted of domestic abuse.

Bane produces “Gun Stories,” the cable network’s most popular show, among others. He said in a recent letter to lawmakers, “We are relatively small potatoes in television, but our relocation of production will cost Colorado a little less than a million dollars in 2013.”

Wildlife recreation contributes $3 billion to the economy, directly sustaining 21,000 jobs. Out-of-state hunters account for about 15-percent of the licenses sold in the state, and if they decide to go somewhere else it affects not just the outfitters and guides, but the entire state economy, from the airlines that fly the hunters in, to the vehicle rentals/taxis, hotels,restaurants, etc.

Another $10.2 billion and 104,000 jobs are vendors in the larger outdoor recreation industry in the state that will feel a pinch as boycotts of the state expands. Through the interconnected nature of systems, everyone in the state will eventually suffer in some way, even the schools.

Colorado state Democrats rushed through a law written by the gun-grabbing minions of a New York billionaire, figuring his deep pockets would protect them long enough to get the law passed. They were right. Bloomberg did push his law through on the citizens of Colorado.

But where is he now? Now the Colorado Democrats who supported Bloomberg’s law will have to answer to their voters in coming elections.

The voters will have their revenge and push through an eventual repeal, but only after these laws cost the citizens of Colorado thousands of jobs and billions of dollars, without stopping a single crime, or saving a single life.