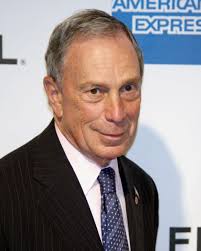 Anti-freedom politicians have a history of overreaching on guns. They think they can fool the stupid country rubes by picking up a shotgun and asking “can I get me a hunting license here?”, the image of Diane Feinstein with her finger inside the trigger guard of an AK47 variant, and various political figures picking up guns just prior to elections.

Mayor Bloomberg Bloomberg is attempting to do the same with his 12 million dollar buy of commercials pushing for universal gun registration (also known as Universal Background Checks) in 13 states.

Here is one of the advertisements.

In the advertisement, you see many cultural referents designed to create a link to the rural gun culture. There is a pickup truck, a beard, a plaid shirt/jacket, children in the background playing on a tire swing.

But all that is undercut by the body language of the actor who is transmitting the message. It is clear that the gun is merely a prop. It is hard for me to pin exactly what screams “fake” to me from the screen. Maybe it is the time of year. Maybe it is the way he is positioned on the truck. Perhaps more alert viewers will be able to explain it better.

I do not think that Mayor Bloomberg is going to be able to fool many people in the gun culture with this message, and I do not think he will convince many outside of it to action.

Link to “can I get me a hunting license here?” discussion

Link to discussion with picture of Diane Feinstein with AK47 variant