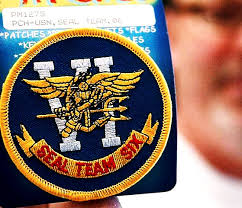 A  Navy SEAL from the elite SEAL TEAM 6 was killed and another SEAL injured Thursday night during a parachute training accident in Marana, Arizona, the military said. Details of the accident are not immediately available.

One SEAL was pronounced dead on arrival at the University of Arizona Hospital. The second remains hospitalized in stable condition.

Members of SEAL TEAM 6 carried out the raid that killed Osama Bin Laden. All SEAL  teams receive extensive parachute training, which is often required for hostage rescue or anti-terrorist operations.

The names of the two SEALS involved in the fatal training mishap have not been released pending notification of next of kin.

21 thoughts on “Member of SEAL Team 6 killed, another SEAL injured in parachute accident”