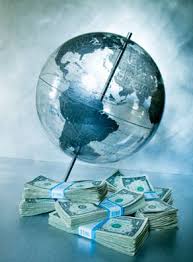 If you were wondering how President Obama and Democrats plan to settle-up with all their foreign campaign contributors look no further than the 2013 State of the Union address. On February 12, in front of the entire world, the “food stamp” President announced that the U.S., the European Union, and our Pacific Trade Partners are negotiating a comprehensive global partnership to combine and implement both the Transatlantic Trade and Investment Partnership Agreement (TAP) and the Trans-Pacific Partnership (TPP).

If you thought the first four years of Obama were alarming, wait until this global integration of cunning international law becomes a reality in America. Mind you, it is right around the corner, just ask our new Secretary of State John Kerry.

The TAP and TPP billed as a brilliant Obama plan to create American jobs and a stunning 0.4% GDP growth rate (projected) by designing a free trade zone combining North America, the European Union, and Pacific Rim economies, is a dangerous agreement blending European/Asian legal and economic models with U.S. domestic policy initiatives for:

Obama is now spearheading the “integration” and “harmonizing” of Global administrative regulations and U.S. domestic law that will forever change American businesses operation and regulation. An Obama led assimilation of these so-called trade partnerships into American domestic policy will change everything we understand about energy, healthcare, agriculture, finance and foreign government investment in our nation and the United States WILL become unrecognizable.

The President who has proudly overseen our “jobless economic recovery” is now making plans that guarantee further increases in private sector unemployment through outsourcing, the death of homegrown entrepreneurship by increased foreign government purchase of U.S. based businesses and the adoption of less expensive and eugenics based global healthcare models in America. For those Americans who fear U.S. transformation into a European style Democracy, I have some sobering news for you. Obama’s second term agenda is now making that a reality in America.

For years, Obama’s appointees (Czars) to enigmatic government advisory boards have been developing broad foreign trade policy agendas and domestic policy initiatives without Congressional oversight or public knowledge. Although some members of Congress attempted to bring these czar led operations to the attention of the American public the liberal dominated Obama enamored news media, the supporters of U.S. transition to a European style Democracy, handily re-shaped the issue to one of fair global trade policy and as always used the race card to silence all critics.

Recently, given the evolving Dominican prostitution scandal, I did a little investigative research regarding accused sexual deviant Sen. Robert Menendez (D.). Many of the bills he has authored, as none of them were relevant to economic growth or jobs creation, baffled me. However, Sen. Menendez, Chairmen of the Senate Foreign Relations Committee, seems to have a fondness for penning and supporting legislation designed to reduce or eliminate tariffs and trade restrictions for Asian made chemicals, food preservatives, and pharmaceutical products imported to the U.S. I still have not found Sen. Menendez foreign campaign funding sources. Probably because most of them own U.S based businesses, but my investigation made one thing abundantly clear to me, liberal politicians have no plans to the save American economy or American jobs.

Obama and Democrats are too busy paying back their foreign campaign benefactors and their U.S. Treasury customers to give America’s fiscal health any honest consideration. Keeping America’s government dependent Democrat supporters fat and happy is the only liberal priority. After all, liberals are going to need their foreign friends money to get Hillary elected in 2016 and continue their radical efforts “to fundamentally change America” to accept the coming Global liberal renaissance.

Do not fall asleep on this one America. If you think your businesses, unemployment, and the U.S. economy are suffering now, Obama’s coming mandates for foreign business investment and European style environmental regulations will make the last four years feel like a walk in the park. The truth of Presidential State of the Union addresses can always be found between the lines.