The Benefits of Bartering and the Rules to Being Successful 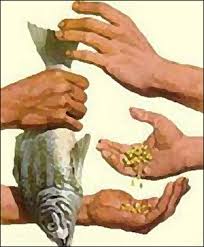 The Survivalist Blog – by P. Magnum

I consider myself a homesteader. I live on a small developing farm with my husband. Like many people, we have little cash and every bit that we do have goes back into making us more self-sufficient.

Living on a developing farm and having lots of goals/needs and being short on cash have made me much more creative when it comes to obtaining what we need for our farm. One thing that has worked surprisingly well for me is bartering – an exchange of goods and/or services that is beneficial to all parties involved. Bartering amongst community members is satisfying on so many levels.

It helps us obtain things we need, helps us learn new skills, keeps the business part of my brain working, encourages relationship building within the community, avoids the price of overhead that’s built into a products and services sold through a retail store and is satisfying because you have the potential to make yourself and others happy. Wow – who would have known???

I have successfully bartered for all types of things… A box of ammunition (pre ammo shortage) for an older but functioning lawn mower, homemade bread and honey butter for 8 foot pallets that we used to make our goat barn, fresh venison for homemade deer jerky, homemade mint syrup and candied ginger for extra electrical wiring from an electrician who was already at my house, homemade bread for a skinning and tanning lesson and teaching a class at a local heritage skills fair for free admission into the weekend long fair. Developing good bartering skills is not hard. It just takes you having a skill or product that other people want or value and your willingness to ask if the individual is “open” to a bit of bartering.

I have found that most bartering deals, for me, evolve naturally after meeting and talking with various community members. An example is when a local tradesman came to my home and I offered him a glass of mint tea. He enjoyed the tea and I told him that it was from my herb garden and that I had harvested the mint and then make it into syrup to be used throughout the year. Later, we discussed a small additional project that I needed him to do (2 additional electrical receptacles that I forgot to have priced initially) and a barter deal evolved.

Another time, I mentioned to a friend of a friend that I loved venison and he gave me a pound of venison. The next day I turned the venison into jerky and gave him half. He loved it and then asked if I wanted more. I said “yes, thank you” and the next day he brought me 15 pounds more and we struck a deal that I would make him jerky in exchange for a portion of the deer meat he gave me. A week later he called to tell me had 2 friends who loved my jerky and could they give me venison in exchange for jerky too.

I now have all the venison I want and I have started to barter surplus jerky that I make for other items/services I need. My latest barter deal was created because my husband and I wanted to attend a weekend skills fair but could not validate paying the admission change which was $200. I bartered my skills in bread and cheese baking and now I am teaching a class and getting our admission fees waived. As mentioned, it really is not that hard… Develop or fine tune a skill that you already have and other people value and then look for opportunities and just ask…

And then make sure that what you give is 100% effort and perceived as a great deal from the other person’s perspective. I find that the more bartering deals you create and fulfill the more comfortable you get bartering and then word spreads.

Now – here is what is “key” for you, me and every other person who barters. Most people are not used to bartering and so they are hesitant at first. Too many people in this world are shortsighted and only think of themselves and the “here and now”. By the end of the barter deal, you need to make sure that the person you are bartering with feels that they got a good deal.

Think long term deals, not just a once and done deal. Otherwise you mess it up for all of us. Good bartering etiquette entails the person walking away feeling that they got a good deal – a great deal – a deal that they feel really good about and want to brag about. Put yourself in their shoes and be honest with yourself. A bad barter spoils it for everyone. I once was approached and asked to barter a case of new jelly jars (12) for a half case of peach jam by a friend of a friend. I had heard that this person’s jam was very good (and I had extra jelly jars) so I agreed to the deal.

Two weeks later I received 3 small jars of jam. The amount was not what had been agreed upon and the jam was not even in my jars. Okay, this was not a life or death situation but had I been bartering for the first time, this situation would have put me off bartering. Bartering involves trust, honesty and good ethics. Accept this and do what is right and what has been agreed upon.

In my experience, bartering is a fabulous way to acquire goods and services. The first step is to be aware that this can be a win-win situation for everyone involved. Then hone your skills and look for opportunities. And last but not least, make sure that the recipient of your barter leaves satisfied.