Cheney Admits that He Lied about 9/11 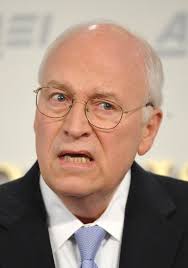 What Else Did He Lie About?

In a documentary soon to appear on Showtime, “The World According to Dick Cheney,” [Cheney said]  “I got on the telephone with the president, who was in Florida, and told him not to be at one location where we could both be taken out.” Mr. Cheney kept W. flying aimlessly in the air on 9/11 while he and Lynn left on a helicopter for a secure undisclosed location, leaving Washington in a bleak, scared silence, with no one reassuring the nation in those first terrifying hours.

“I gave the instructions that we’d authorize our pilots to take it out,” he says, referring to the jet headed to Washington that crashed in a Pennsylvania field. He adds: “After I’d given the order, it was pretty quiet. Everybody had heard it, and it was obviously a significant moment.”

When they testified together before the 9/11 Commission, W. and Mr. Cheney kept up a pretense that in a previous call, the president had authorized the vice president to give a shoot-down order if needed. But the commission found “no documentary evidence for this call.”

In other words, Cheney pretended that Bush had authorized a shoot-down order, but Cheney now admits that he never did … and Cheney acted as if he was the president on 9/11.

Cheney lied about numerous other facts related to 9/11 as well.  For example, Cheney: