Firearms industry officials told Secrets that sales hit record numbers because of concerns about Black Lives Matter protests, the controversial 2020 presidential election, and Joe Biden’s promise of gun control, gun registration, and the banning of the most popular gun in America, the AR-15. 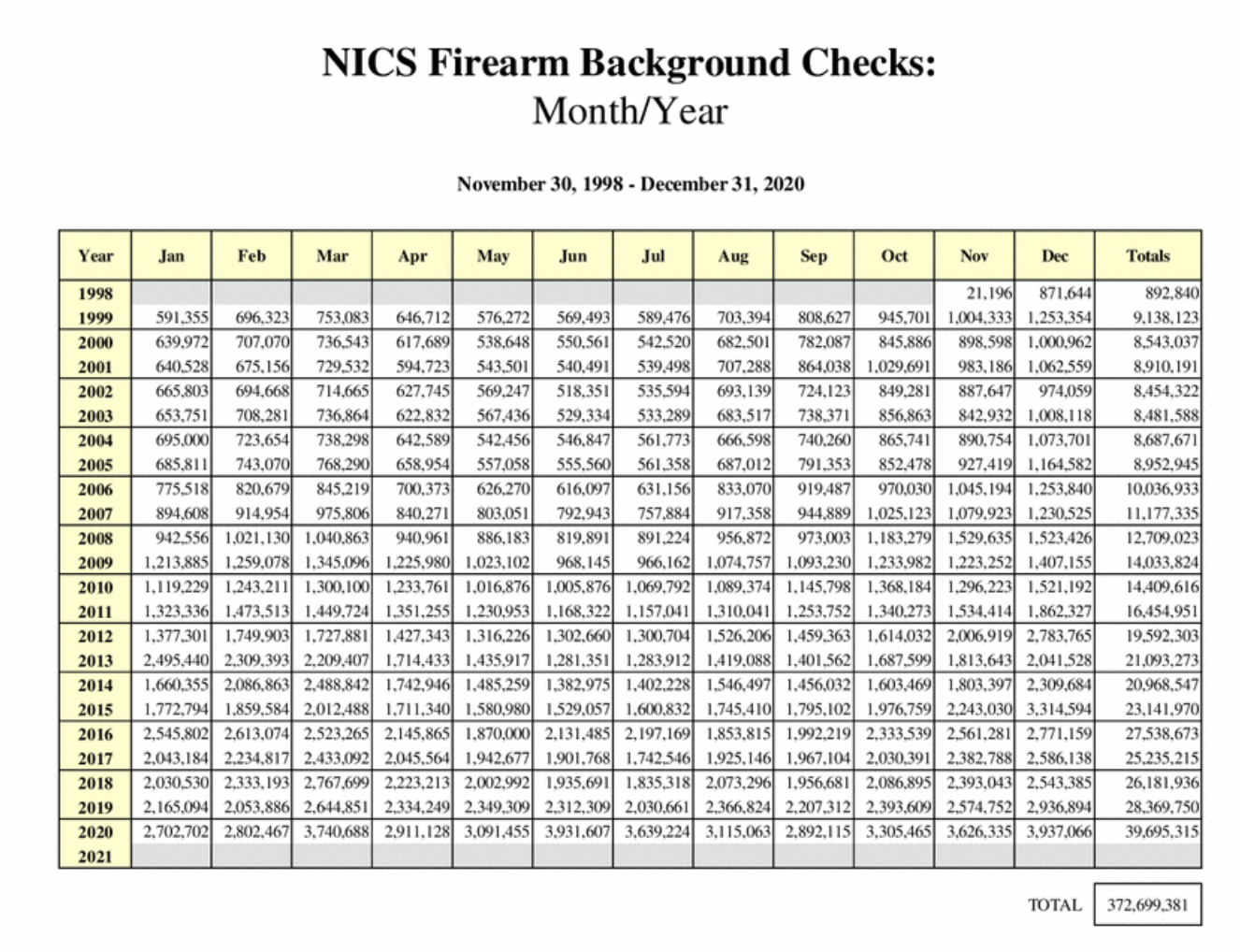 Also, they said that many used their stimulus checks to buy guns and take lessons.

Still, said some gun sellers, the jump from 2019 to last year’s record NICS checks and gun sales was hard to fathom.

But a 40% one-year hike was shocking. It also led to shortages in ammunition and a spike in prices.

What’s more, already in January, the sales are increasing, as are the FBI background checks, which generally track gun sales.

“We’re seeing continued growth across the industry, and the NICS numbers really tell that story. The most recent round of stimulus checks have further bolstered the industry, with many people using that money to buy guns,” he said.

“The headlines also continue to drive sales, especially those that show Joe Biden becoming the next president. His radical firearms policy should continue to stoke fear and uncertainty among those on the fence about buying guns. Uncertainty and fear have always driven gun sales, and we’re seeing many first-time gun buyers exercising their Second Amendment rights. Last year’s sales were nearly double what we did in 2019, and [the] bubble is not bursting any time soon,” he added.

Over the next few days, gun industry trade groups will release information on actual gun sales based on the NICS numbers, which are always higher because they include background checks for other uses.