No one can say how many guns are in Saskatchewan, or who owns them.

RCMP suspected that John Strang had killed his wife and was likely armed when they pulled him over on a road near North Battleford, Sask., in August 2015.

They were right on both counts.

Strang had shot his wife, Lisa, twice with a .357 Magnum at their home in McLean, Sask., about 40 kilometres east of Regina.

But officers had no idea about the arsenal in Strang’s Jeep until they had him in handcuffs. Strang was on the run with three handguns, two rifles, a 12-gauge shotgun and more than a thousand rounds of ammunition.

That police only learned they were stopping a heavily-armed murder suspect after they discovered his cache of firearms speaks to the state of guns and policing in 2017.

The RCMP is the top of the firearm food chain in Canada.

It runs the Canadian Firearms Program and administers the Firearms Act. The RCMP regulates firearm licensing and registration across the country.

To legally buy a firearm in Canada, you need a Possession and Acquisition Licence. But those licences don’t list how many firearms a person possesses.

Dig through the Commissioner of Firearms annual reports and at least a partial picture of what’s going on with guns emerges. It reveals how many licences are issued to buy guns, how many illegal guns are seized, and how police trace the history of a gun.

It may seem counterintuitive, but digging deeper it becomes clear the RCMP knows more about illegal guns than legal firearms.

It can say, for instance, how many firearms were reported stolen in Saskatchewan in 2015 (455) or how many prohibited firearms were seized across Canada in 2016 (1,760).

But it cannot say how many legal guns are in Saskatchewan or who owns them.

On Aug. 22, 2014, Saskatoon police were called to a house on Coppermine Crescent. It was a typical call involving a possible assault.

Luckily for officers, they were alerted on the way by the complainant that the suspect was armed. They arrived just as the man opened fire on the neighbourhood.

The situation was resolved after a lengthy standoff.

Sgt. Ken Kane was one of the officers dodging bullets that day. 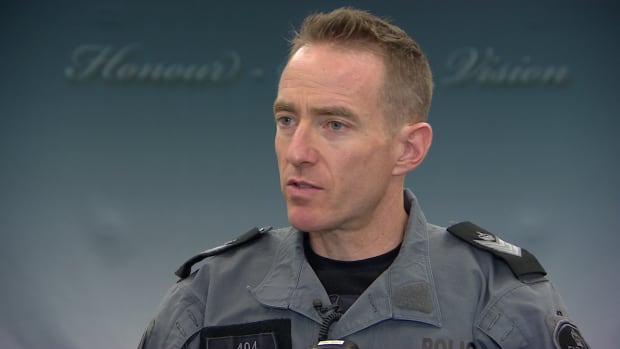 “You really don’t know who may be in possession of a firearm in our city,” he said.

“The call for service luckily in that one, the complainant had told us he was armed. And just as we were arriving he began to fire, so in that case we were fortunate enough to have that information prior to arrival.

“But if that hadn’t happened and he was in the house armed — and no one had told us — then we wouldn’t know, because he wasn’t in any kind of database to indicate he would have or had access to firearms.”

There was a national long-gun registry designed to track legal rifles and shotguns, which was dismantled in 2012 after a bitter political fight. The records were destroyed.

The current Liberal government under Prime Minister Justin Trudeau is looking at gun control legislation, but the proposed laws would only require every new gun made in Canada be engraved with the year and “Canada.”

It sheds no light on how many guns are out there or who has them.

The government announced in May it’s deferring the regulations, which were slated to come into force June 1, until the beginning of December 2018.