Nuclear Arms Talks with Iran are a Deception 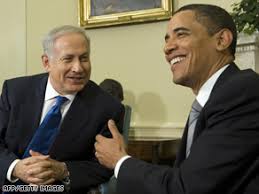 As China and Japan posture in the East China Sea, seemingly prepared to go to war with one another at the drop of a hat, and the Middle East continues to destabilize, we are left to wonder not if, but rather when and where, World War III will break out.  Make no mistake; the game of deception is in full play, with the goal being to confuse every issue to the point that we Americans cannot monitor the actions being taken by the international elite.

We have been told that the traitor Obama will, during his upcoming trip to Israel, declare a US invasion into Iran this summer.  Meanwhile, we see the reports of diplomatic meetings between the US and Iran for the purpose of avoiding conflict.

So what are we to believe?  Well I think it is very clear that these so called nuclear talks are nothing more than a smoke screen to allow the Obama Administration to appear opposed to invasion even as every preparation is being made for an invasion, as the international Zionist elite have already made the decision to invade Iran.

The American people are making it clear that we want no more of these foreign wars that have bankrupted our country, which leads into yet another lie and that is that our country is not bankrupt.  Not only has the US government bankrupted the institution it has created, but has, through open fraud, declared we the American people responsible for their actions, which have been and are a violation of our law and completely devoid of our authority.

Mathematics declare our economy must completely implode, and soon, and we all know the implosion is by design to cause complete chaos around the world for the express purpose of the implementation of a one world Zionist government that intends to control the world population through enslavement under international communism.  Time is running out for the globalists and they must act.

Any notion of nuclear arms talks between the US and Iran can be considered as nothing more than a stopgap measure designed to shift the blame for the upcoming inevitable conflict.  However, considering the implementation of the fraudulent nuclear arms talks, the probability for a major false flag to be blamed on the Iranians becomes more likely as there will need to be an excuse for the US breaking off attempts towards peace and being pushed into immediate war.

I think that as Obama is telling Netanyahu that we will invade, we should look for a false flag in the late spring or early summer.  If and when it happens, we must flock to every alternative media source to expose and condemn it immediately.  And whatever we do, we must embrace our fighting tools as if our very lives depended on them, as they most certainly do.

God help us to stay focused and on point.

4 thoughts on “Nuclear Arms Talks with Iran are a Deception”