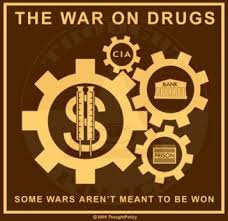 Eric Zuesse notes that this year’s subsidy to Wall Street – $83 billion –  exactly equals the amount of the this year’s sequester cuts.

Spiegel reports that ending the failed “war on drugs” would pay for the sequester cuts by itself:

Harvard University professor Jeffrey Miron has advocated the legalization of drugs for decades.

Miron: If it legalized drugs, the United States could save $85 billion to $90 billion per year. Roughly half that is spent on the current drugs policy and half that is lost in taxes that the state could have levied on legal drugs.

(Of course, stopping government support for drug dealers might be one place to start.)

And there are many other painless and easy ways to cut $83 billion per year.